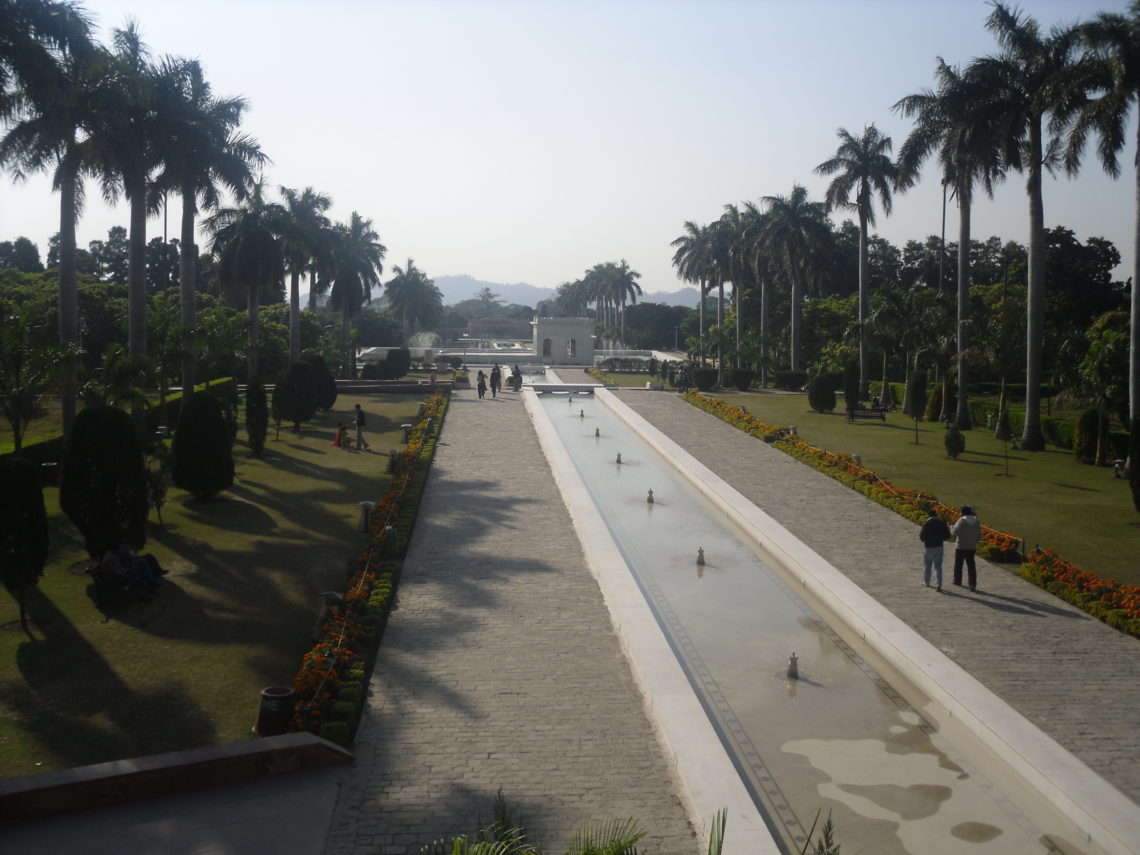 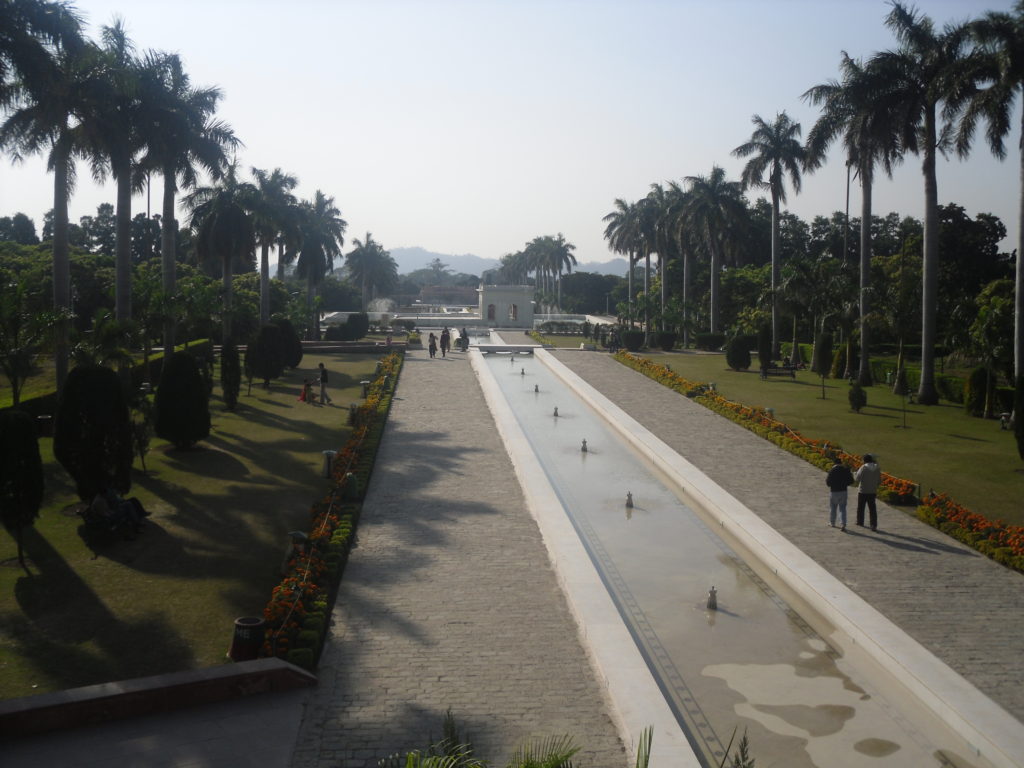 My first trip to Pinjore Garden (also known as Yadavindra Gardens) was during my trip to Chandigarh in my summer vacation, with my family. Later, when I shifted to Chandigarh, I visited this beauty several times mostly in winters. We would go on a picnic over the weekends and enjoy sunbathing.

Spread in a huge area of 100 acres and situated in Panchkula city of Haryana, on Shimla Kalka highway, this garden attracts a lot of visitors. It is one of the most beautiful sights in the city. It looks quite similar to the Shalimar Bagh, Srinagar, and Brindavan Gardens, Mysore. Though it was built in the 17th century by the Mughals, it is wheel friendly. They also have a wheelchair facility available on a first come first serve basis. 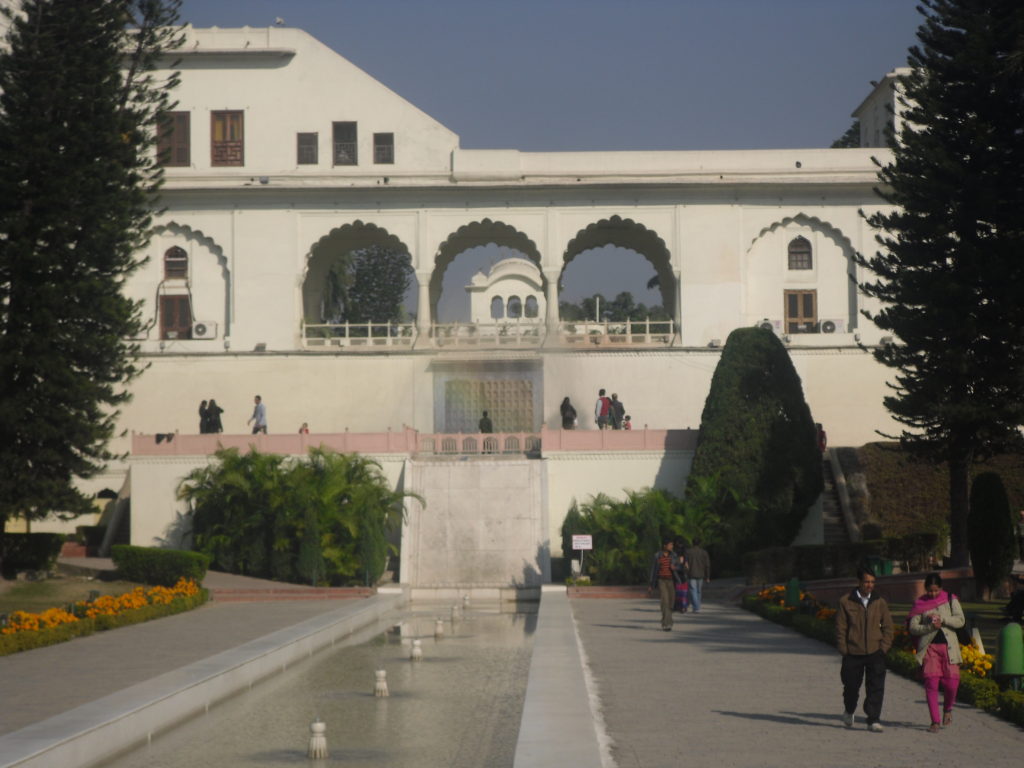 Unlike other gardens, I found it quite different. Designed into layers and divided into many terraces, it looks grand which makes this place so unique.
The entrance of the garden opens into the highest terrace. Once we entered, the first look was a sight to behold. All we could see was a Royal Mughal Garden lined with hundreds of trees in symmetry and a huge stretch of green grass, embellished with fountains and grand pavilions. In the center of the garden, there was a channel of water with many fountains inside it. There were walkways on both the sides of the water channel. There was a huge and airy pavilion, which offers a phenomenal view of the entire garden. 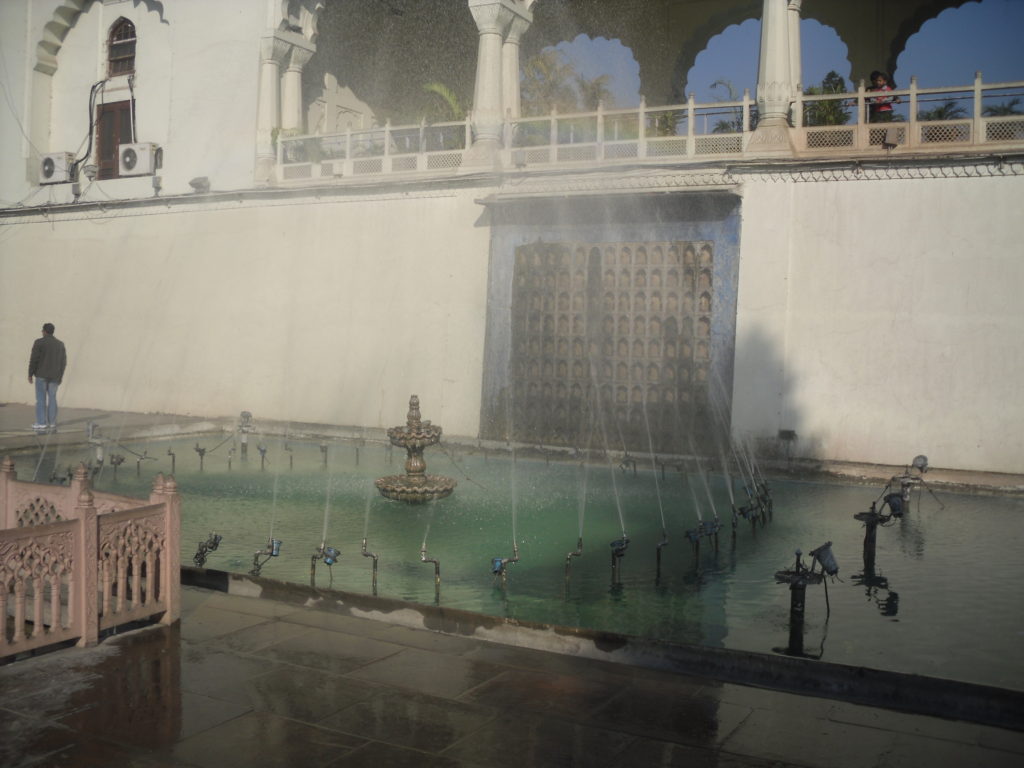 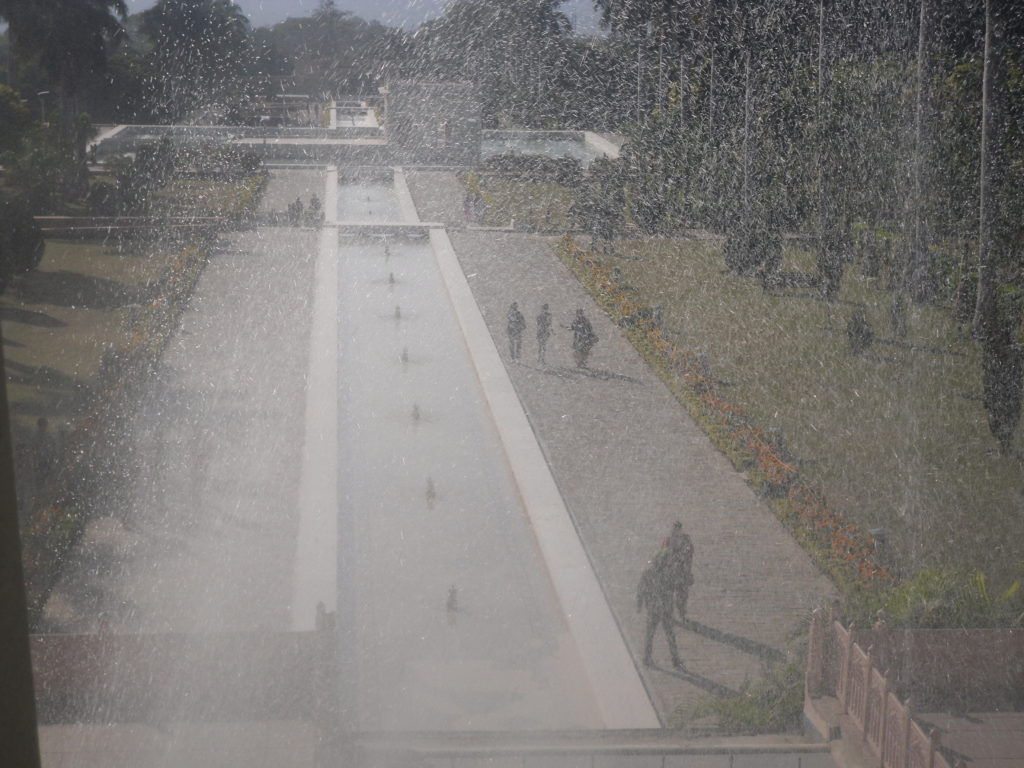 There are many palaces (mahals) within the garden and each has its own charm. You will be stunned to see a palace built of glass on the highest terrace which has been inspired by Rajasthani and Mughal style of architecture. It is known by the name of Shish Mahal. Next, to it, you will find Hawa Mahal (Airy Palace). The next terrace is beautified by arched doorways and painted palace, known as Rang Mahal. Moving downwards, you will find dense and captivating flowerbeds and trees.
There are ample of fountains spread in a square area which is known by the name of Jal Mahal. It’s a perfect place to sit and relax with water droplets splashing on you slightly. For kids, it’s a fun place. You can find many breathtaking fountains and tree groves in the next terrace. These look magnificent in the evening. At the extreme down terrace, you would find an open-air theatre. 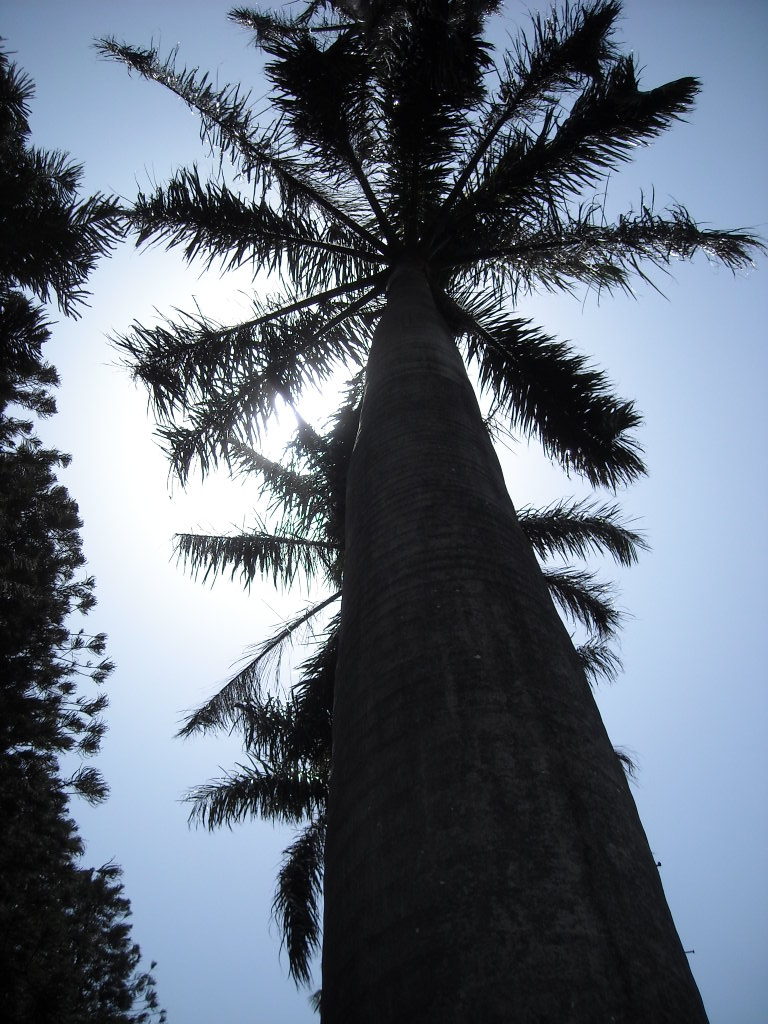 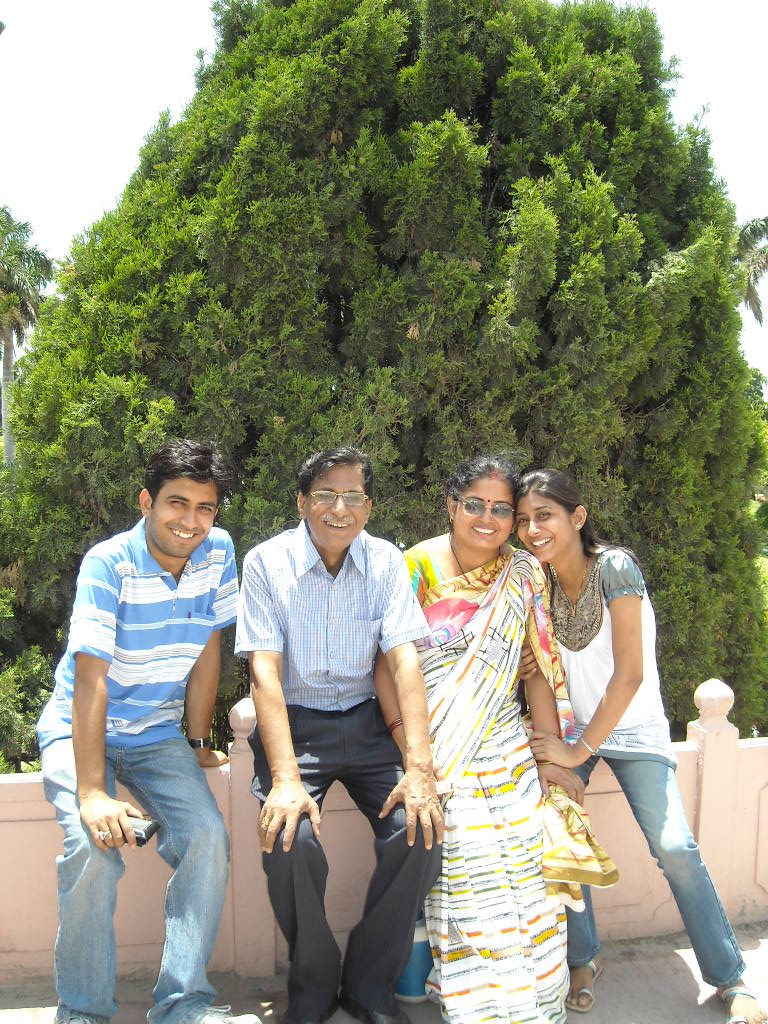 The major attractions are these mahals, fountains and various recreational activities. My favorite part of this place was basking in the sun amidst the lush green atmosphere.
There used to be a zoo when I first visited but later the animals were shifted to the other zoos and Pinjore Zoo was closed. Camel ride is another popular activity here. Because of its enticing charm, it is a site for many movie shoots.

Another reason it is famous for is the festivals that are celebrated here from time to time. Pinjore Baisakhi festival in April where you witness the cultural once performances, dhols (drums), gidda (folk dance) and much more.
Pinjore Mango festival is celebrated where you will find endless variety of mangoes in the summers. It attracts localites as well as tourists across the country.
Pinjore Heritage festival is celebrated with pompous and joy in this garden. You can buy some exquisite handicrafts, pots, ceramics, crafts, clothes etc. here, and eat some mouthwatering delicacies too.
I got a chance to attend a two-day winter festival held every year in December last week. It was a rich exposure to the cultural heritage of the entire state, many cultural performances, dance and music competitions, handicrafts shops. The garden looked ornamented with lights, flowers, cutouts, frills, decorated gates, and illuminations.
It is quite a picturesque place and you can hang around with your family and kids. 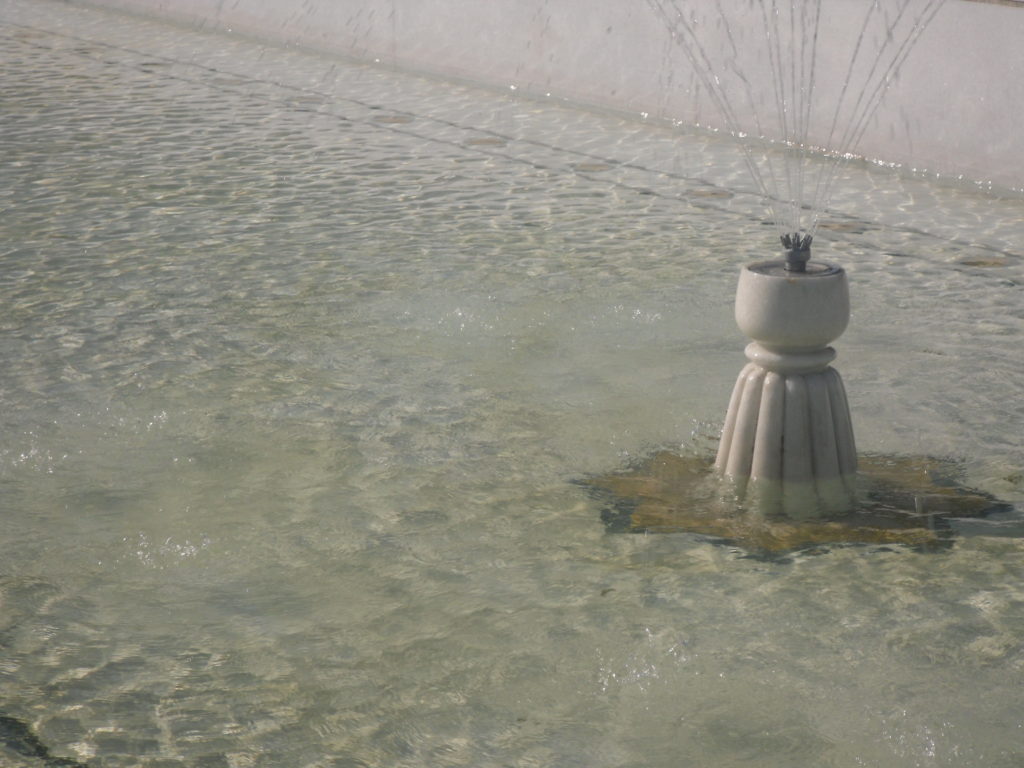 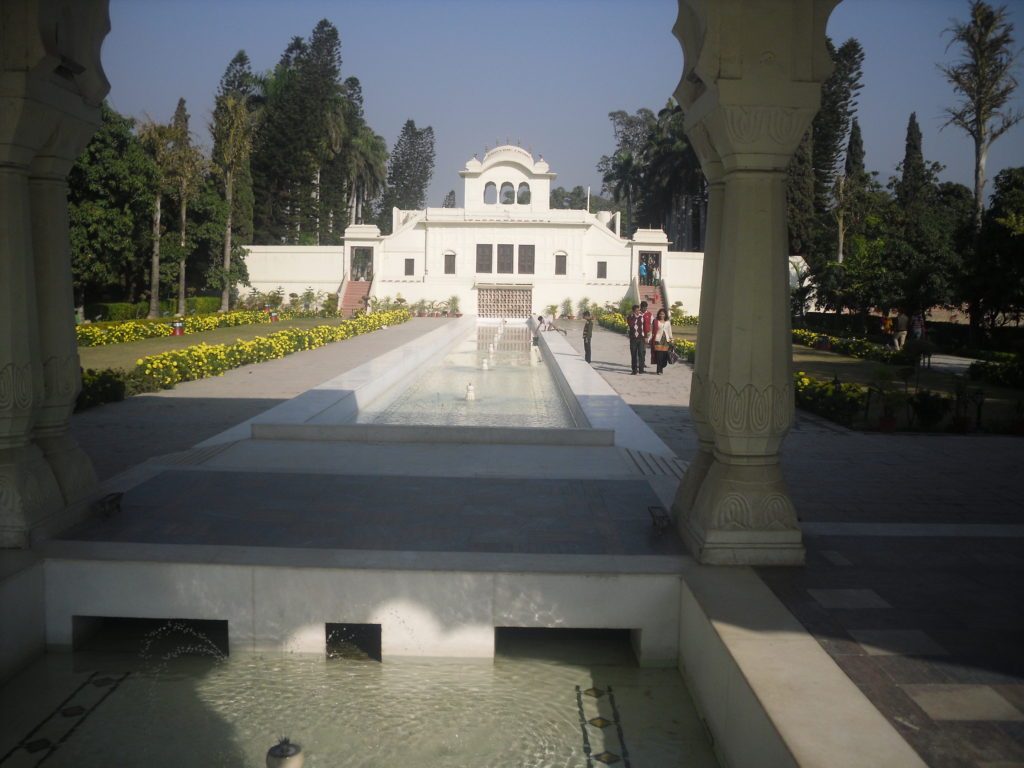 There is a rich and quite interesting history behind the creation of this garden. Nawab Fidai Khan, the cousin of the Mughal Emperor Aurangzeb and a reputed architect designed the Pinjore Gardens in the 17th century. At that time, the Nawab who was then the Governor of the Province visited Pinjore valley in one of his tours. He was mesmerized by the beauty of the place and decided to construct a royal and beautiful garden there. This garden was originally designed as per the classical Charbagh pattern with a central waterway. He decided to plant numerous flowers and trees like palm, cypress, and magnolia throughout the garden in both the sides of the waterway.

While Yadavindra Gardens were still being constructed, the women of the place were badly affected by goiter. This made the courtiers of the Nawab leave the place immediately. Then, the garden fell under the reign of Raja of Sirmaur and later, under Maharaja Amar Singh of Patiala.

Amar Singh was so enchanted with the gardens that he used to visit it frequently and later he consolidated Pinjore to his lands. He also renovated the garden and improved its manifold. When Haryana was declared as an independent state in 1966, Pinjore garden was handed over to it. And since then, it is ruling the state as the most beautiful garden.

There is a mythology angle also to it – It is believed that the Pandava brothers had rested here during their exile. 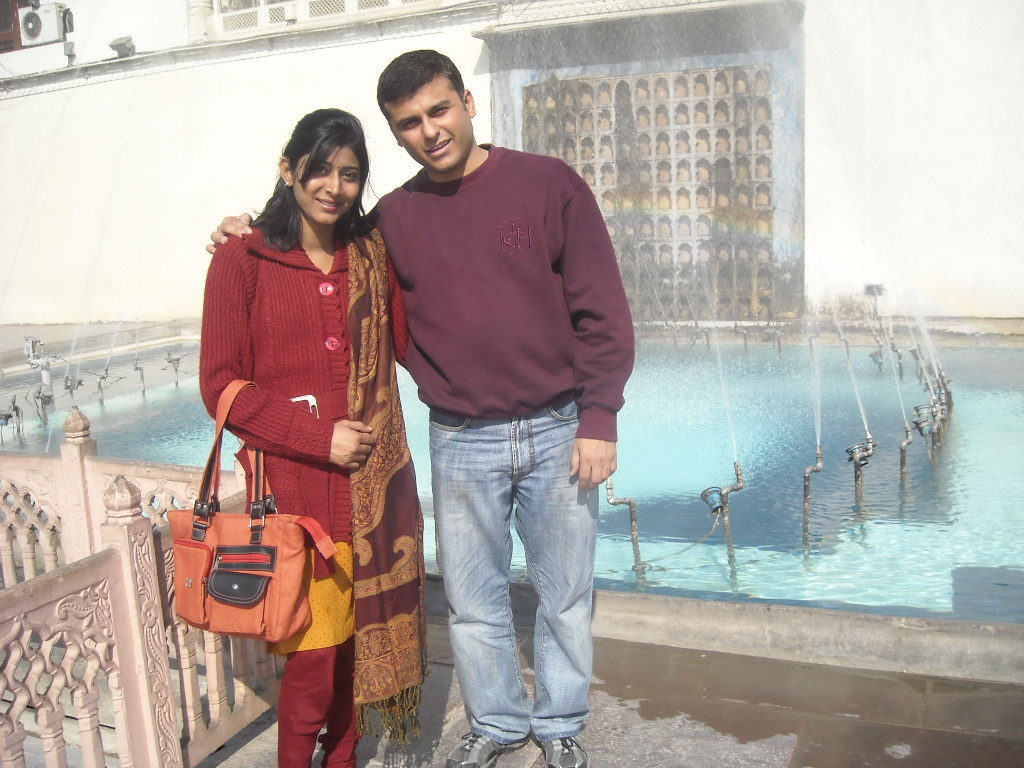 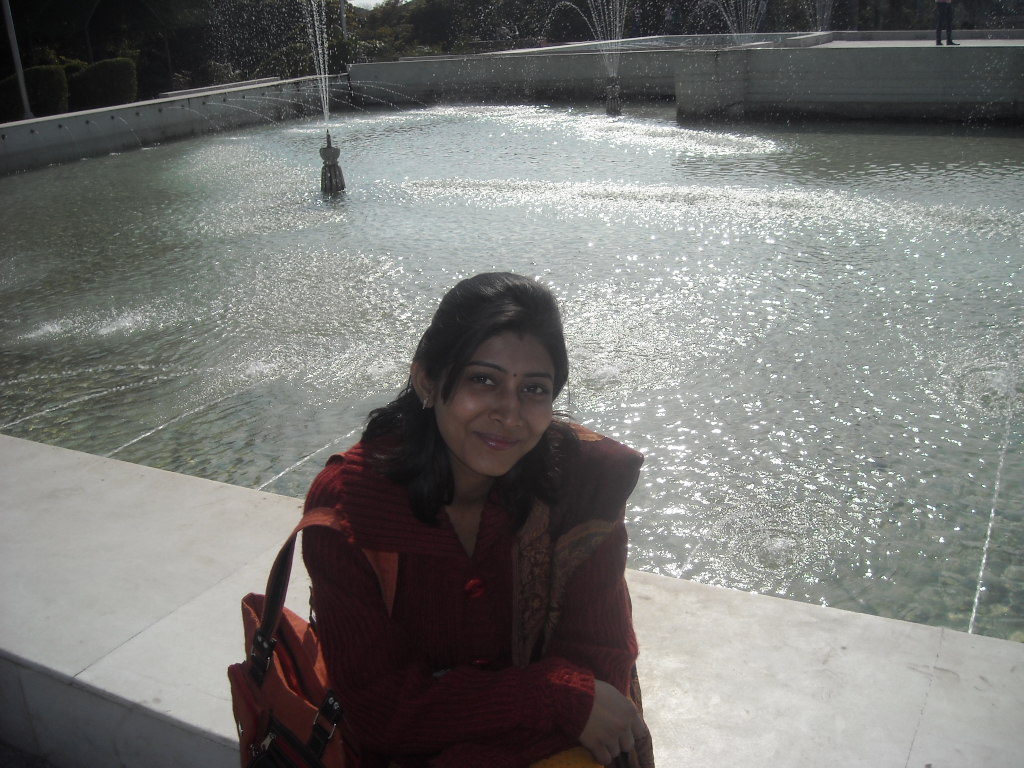 So, this was a quick trip to the Pinjore Garden. Hope you enjoyed the tour. The last stop was at Vayalapra Floating Park, Payyanur by Maya and the next stop of Xplore Bharat train will be at Nathdwara by Vidhya

This post is a part of the #XploreBharat Blog Train hosted by Aditi, Esha, Maheshwaran, PraGun, Preeti, Saba, Sanjota, 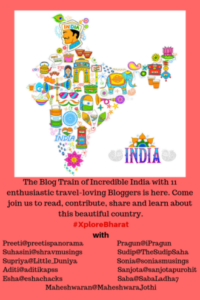 Finally a big shout out to our sponsors KAIV and FABZANIA for taking this Blog Train experience even further.

KAIV is a personal grooming accessory and appliances brand offering a wide range of world-class products. 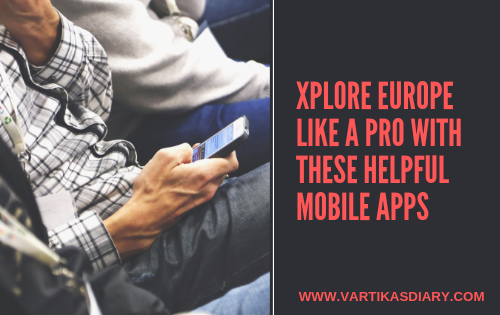 Xplore Europe like a pro with these helpful mobile apps 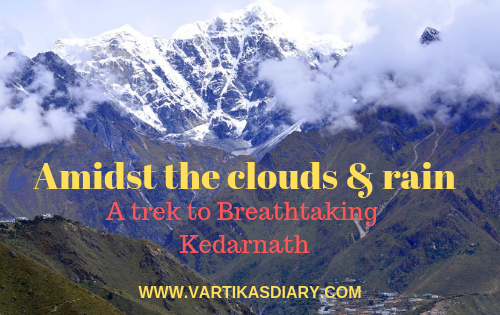 Amidst the clouds and rain, a trek to breathtaking Kedarnath 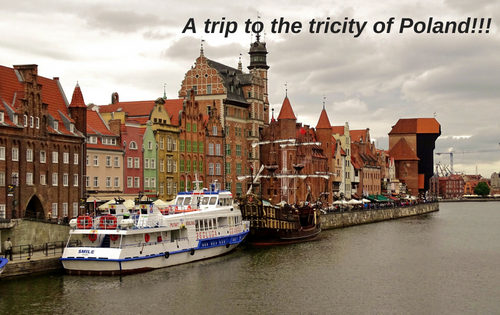 It’s a wonderful place!! I have never been there!!!

Been to Pinjore garden a couple of times. A lovely place to visit:)

I have been twice to this place however never explored so much as your blog told me…and young you with parents is adorable.

The garden looks really well managed..inspite of being so old, it looks so beautiful..the fountains adds to it beauty..am sure these pics would be a memory for lifetime

Love the places you have introduced us to, Vartika. I haven’t heard of Pinjore Garden and was surprised at how beautiful it is! Loved getting to know of it and your pictures.

I have been to Chandigarh but after seeing your post and the beautiful, will gonna plan a visit to this place soon with my family

I miss this garden, I went two-three times in Chandigarh but haven’t visited this place. Beautiful constructed and really interesting story behind it

Visit next time you are in Chandigarh

Amazing place. Never heard of this hidden gem before. Will definitely check out once.

So beautiful! I love these Mughal gardens ❤️
I’d never heard of these gardens before. Would love to see them someday 😊

Vartika, I have visited Chandigarh only once and we did visit Rock Garden and Pinjore Garden. However, I don’t have much recollection of it now. You have described it beautifully, spring is indeed a good time to visit any garden I guess.

Good to know about your visit Anshu. Though winter is the best time to visit this garden but spring is doable too.

I have been to Chandigarh and have visited famous garden like Rose garden and all but never visited Pinjore garden. I will surely visit it next time .

Wow! I’ve visited this place when i was in Chandigarh, you made me recall my memories of this place, it’s really beautiful and enchanting

I have faint memories of visiting this place… Thank you for refreshing it. Indeed a beautiful place and an equally great post

I have been there as a kid and my mom dad say it’s a beauty!
I think it looks splendid!!

Thanks for sharing the story and beauty of the beautiful Pinjore Gardens of Chandigarh. With its classical Charbagh pattern with a central waterway and lovely glass palace , it is on my to visit list.

This brought back memories of our trip to Pinjore Garden years ago! I wasnt aware of the history of this garden, thanks for sharing it!!

glad u liked it

Yes we had good times, thanks

The Pinjore garden is steeped in history and is a beautiful day trip destination for families.Loved the pictures you shared of the time you spent there

Wow, this seems to be a beautiful place for that piece of solace. I have never been to Chandigarh, but if I ever get a chance to visit, I won’t miss this place.

I have never been to Chandigarh. From your post, thus definitely looks like a wonderful place to visit.

Never been to Chandigarh. And this garden looks like the top thing to do in Chandigarh

You made me nostalgic Vartika, we went to Pinjore Garden as a family trip some 7-8 years back and loved every but of it. The mahal’s there are really interesting.

These Mughal gardens have their own charm. I didn’t know about this place. It looks beautiful.

I have been to Chandigarh several times but never thought of visiting Pinjore garden. Think I will plan a visit on my next road trip from Delhi. Thanks for sharing these details!

Pinjore Garden has a serene vibe to it. I loved visiting it during weekends while working in Chandigarh. Nice post and pics.
#ContemplationOfaJoker #Jokerophilia

Wow thanks for such a wonderful virtual tour.

Visited Mughal Garden @ Rashtrapati Bhavan once. Would love to visit this place.

Well this one is different from that of Rashtrapati Bhawan. But Im sure you wont be disappointed

Mughal gardens have a beauty of their own. This looks perfect for winter picnics too.

yes, its beautiful in winters.

There’s something about gardens, particularly those with fountains, that makes my heart flutter. Also, I find it quirky that there are so many Aina Mahals across Northwest and Western India. 🙂

Thanks for this wonderful post. Loved knowing the history of the place.

[…] From tomorrow, #Xplore Bharat Blog Train has two stops. The next stops are Deolali by Isha and Pinjore Gardens by Vartika. […]

Revisiting the beautiful lanes of Chandigarh, the city with a heart

Link to buy my book